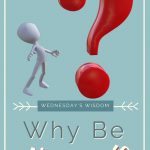 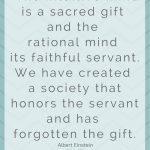 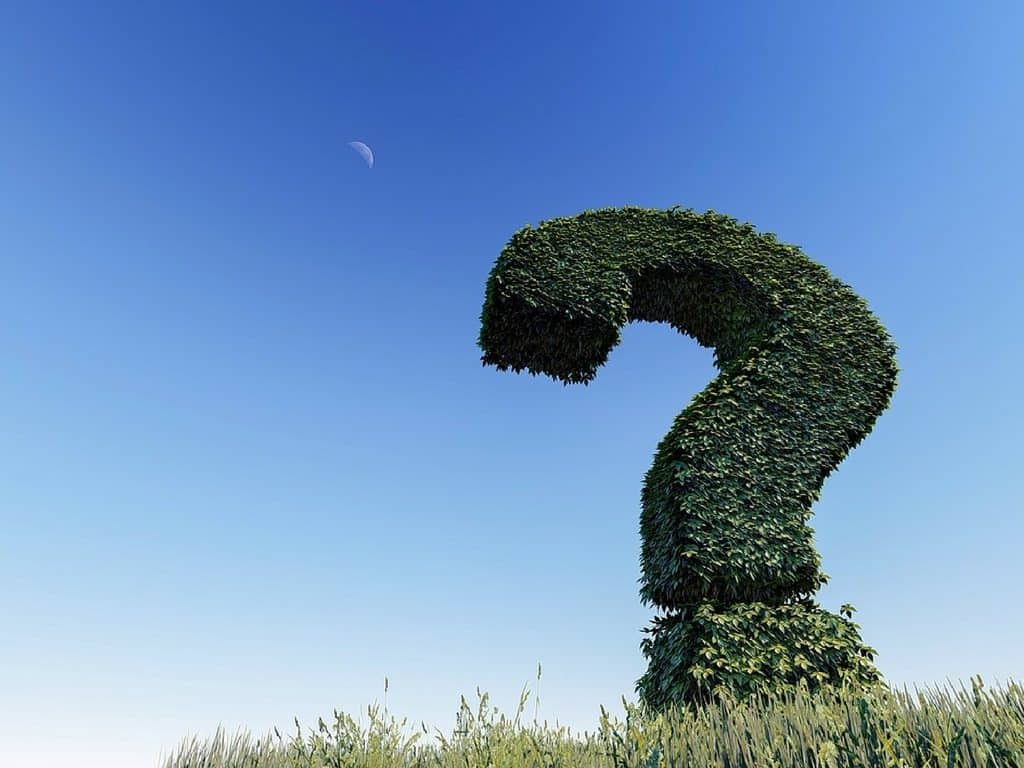 When I was in junior high, there was a button craze.  We could buy little buttons (pins) with cute sayings on them.  We would wear them on our coats and become walking billboards for things we thought were clever or cute or funny.  I had a lot of buttons with humorous or sarcastic phrases (did I mention:  junior high school?), but one merely asked:  “Why be normal?”

At the time, I think it appealed to my newly-teenaged persona.  Like most teenagers who don’t see the irony of trying to fit in with nobody else who fits in, I felt this was a little rebellious, “I’m gonna be myself”-type mantra.

I haven’t thought of my “Why be normal?” button for thirty years.  I’m a mom to teenagers now, and, for me, seeing teenage-hood from this side is quite a bit harder than it was to actually live it.  I’ve read enough and had enough life experience to have some real issues now with the word “normal.”  What is it that makes us feel like everyone should be like everyone else?  We are measured against an average weight, standardized tests, and median incomes.  We are seen as too loud or too quiet, too bossy or too submissive.  The message from the world is that we are supposed to be ourselves, as long as it doesn’t bother anyone or doesn’t exceed a pre-supposed average.

How Are You Supposed to Be?

I read a sweet story once of a school class that included an autistic boy, Jack.  Another boy called Jack “weird,” and one of the girls in the class responded, “Jack isn’t weird.  He’s exactly the way he’s supposed to be.”

It’s so easy to see or think or be told what’s wrong with us.  However, we don’t really stop to think God has created us just the way we’re supposed to be.  (If you haven’t read this beautiful quote about giving up seeing yourself as a flawed person, you definitely should.  Everyone should know this!!)

Not long ago, I read the description of a Highly Sensitive Person.  (A person with “Sensory-Processing Sensitivity” is the scientific definition of an HSP.)  Apparently, 15-20% of the population is highly sensitive.  I was struck by the phrase that followed that statistic:  “too many to be a disorder, but not enough to be well understood.”

Doesn’t that apply to many, many traits, tendencies, and personalities?  Too many to be considered “wrong” but not enough to be appreciated.  People who cry easily can be made to feel like they cry “too much.”  People who like to be organized and know what’s coming can be made to feel like they’re too inflexible or too much of a stuffed-shirt.  We can certainly learn and improve ourselves—and that’s what life is for—but it is okay to be a crier or an organizer.  Someone who doesn’t like surprises isn’t better than someone who does (or vice versa).  People who are outgoing have traits that quieter people don’t have, and quieter people have traits that more bubbly people don’t.

I am reading an excellent book about introverts called “Quiet: The Power of Introverts in a World That Can’t Stop Talking” by Susan Cain.  I love this book because it speaks to the fact that we are not all the same. Cain has done serious and impressive research on the value society places on being extroverted.  Society today values being a leader who is heard, working together on group projects and teams, and being social and gregarious.  Society does not value quiet, keep-to-yourself types.  (Think about it:  it’s perfectly acceptable for someone to say, “Why are you so quiet?” but not, “Why are you so loud?”)

Well-meaning parents of the midcentury agreed that quiet was unacceptable and gregariousness ideal for both boys and girls.  Some discouraged their children from solitary and serious hobbies, like classical music, that could make them unpopular.  They sent their kids to school at increasingly young ages, where the main assignment was learning to socialize.  Introverted children were often singled out as problem cases (a situation familiar to anyone with an introverted child today).”  ~Susan Cain

Cain acknowledges that both introverts and extroverts each have their place in society.  Importantly, she emphasizes that we need to learn to value both ways, not just one.  Her findings reveal that social connection is important to everyone (people need people), but productivity and creativity take a nosedive in groups.  It is important to embrace wherever we are on the outgoing vs. ingoing scale. Neither is “wrong.”

[bctt tweet=”Some people wish to fit harmoniously into the group, and others to be independent of it.”  ~Susan Cain” username=”ChoosingWisdom”]

Part of the problem with societal standards is square pegs have to make themselves fit into round holes.  And we’re all square pegs in one way or another.  Think of people you know or admire, people who have contributed to the world in some way.  They probably stand out.  They’re probably a little different.

Albert Einstein looked abnormal (his head was quite misshapen) when he was born, and he was a late talker.  Because of this, many people assumed he was mentally retarded.  As he grew up, he didn’t like socializing with children his age and was usually quiet and withdrawn.  He was an observer.  His teachers thought he was “dull-witted” because he didn’t respond to questions in class.  Of course, we know Einstein as one of the greatest minds of our time.  He was pre-judged because he did not fit into societal norms.

The artist Robert Rauschenberg once wrote, “[Art is] a means to function thoroughly and passionately in a world that has a lot more to it than paint.”

Like Jack in the example I quoted, we are exactly how we are meant to be.  Some people feel more wholly, think more deeply, take things more seriously, or more thoughtfully consider consequences and outcomes.  Just because these habits and traits are more than the average, doesn’t mean they’re wrong.  In fact, they’re gifts.

Albert Einstein said, “The intuitive mind is a sacred gift and the rational mind its faithful servant.  We have created a society that honors the servant and has forgotten the gift.”

[bctt tweet=”The intuitive mind is a sacred gift and the rational mind its faithful servant.  We have created a society that honors the servant and has forgotten the gift. – Albert Einstein” username=”ChoosingWisdom”]

Society does value certain traits and characteristics above others, so it can be hard to be a “more than” person and not feel like there’s something wrong with you.  If you’re a deep feeler or deep thinker, it can be hard to see those traits as gifts because they make you so different than people around you.  But what if above or below a given norm is where all the good stuff is?

My dad has never been a tool-carrying, fix-it guy.  He’s a linguist, a teacher, and a writer.  He has told me on several occasions that he often feels guilty passing people standing next to their broken-down cars at the side of the road.  He wishes he could help, but he knows he would only be able to pull over and say, “Do you need anything proof-read?  Spelled?”

But the thing is:  we all have needs that are fulfilled by other people’s talents.  We don’t always need fix-it guys.  We don’t always need proofreaders.  But we all need them sometimes.  My dad was a great English and Reading teacher, and now that he’s retired he volunteers to help adults one-on-one to learn how to read better.  That opens up the world to them because it not only educates but improves confidence.  It’s life-changing.  So I always tell him to let the other guys fix the cars on the side of the road.

Why fit in when you were born to stand out?  ~Dr. Seuss

We are born to stand out.  These measures of “average” and “normal” don’t allow a lot of room for excelling or being beyond the median.  Do you know anyone who is “too” something?  In what ways could you be more open-minded and accepting of that person?  How could you be patient with someone outside the norm?

…My personality was created to fit the mission and talents [God] gave me.  …When we frustrate God’s plan for us, we deprive the world and God’s kingdom of our unique contributions.”  ~Patricia Holland

How could you be accepting of yourself in areas where you don’t quite fit in with the standard? 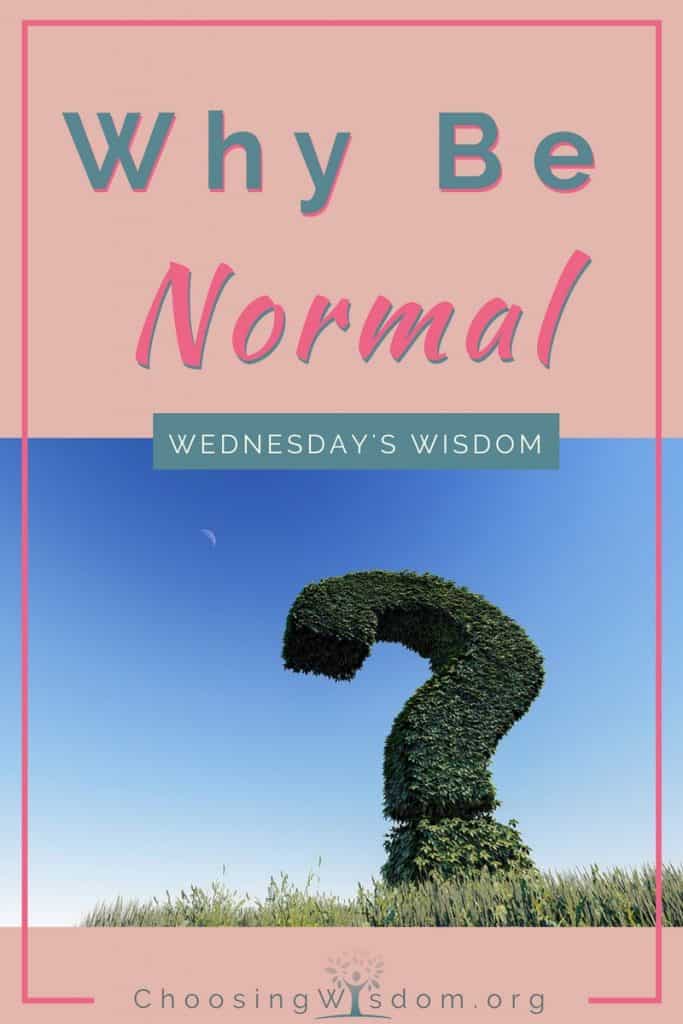 Do you have a story to tell?  I’m always looking for contributors for Wednesday’s Wisdom.  Send me a message – I’d love to hear from you!

I’m Jennifer and I love learning, teaching, and laughing. I’m a wife, and I’m a mom to three of the most wonderful people on this planet. I’m happiest when I’m using my God-given talents and being true to myself. My Savior’s love and atoning power see me through everything. I love traveling, cooking, American Sign Language, the beach, and really good Mexican food. Jennifer blogs about preserving photos and memories, and she is the #familyhistoryfriday contributor at www.livegrowgive.org. 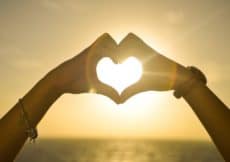 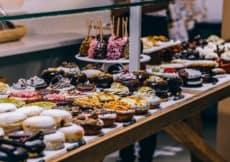 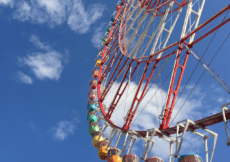