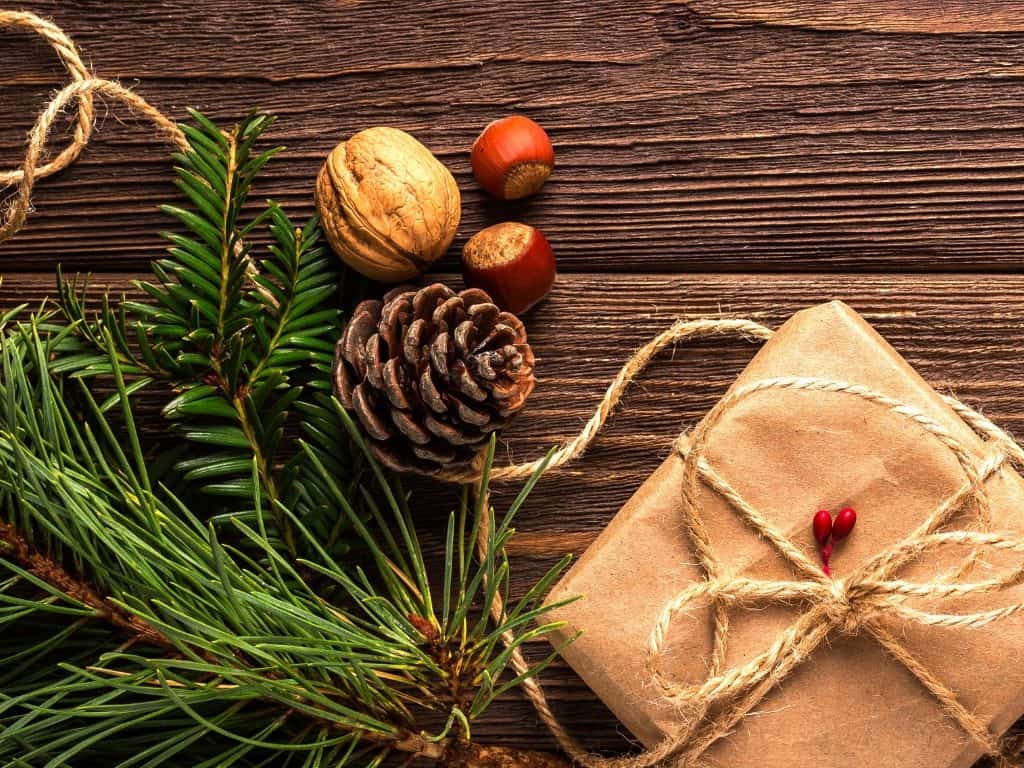 When I was a little girl, I loved Christmas!  The anticipation of Christmas morning was almost more than I could bear.  On Christmas Eve I would wake several times in the night and tiptoe from my bed to the window, looking and listening for any signs or sounds of the coming of Christmas morning.  I still love celebrating Christmas, but my reasons, now, are very different.

The season is full of memories, traditions, family, and symbols that create a tender place in my heart for this cherished holiday.  Opening presents and spending time with family are still highlights of the season, but my thoughts are much more focused on the Savior and his birth.

One of our traditions is to read Luke 2 as a family on Christmas Eve.  The birth of our Savior, more than 2,000 years ago, is etched into our hearts including the unforgettable image of the baby Jesus lying in a manger.

Several years ago our church congregation had a “Return to Bethlehem” Christmas party.  Among other activities, there was a manger scene set up as the focal point of the event.  After a reenactment of the nativity and the choir of angels sang, announcing the Savior’s birth, we individually walked up to the manger and welcomed the new babe wrapped in swaddling clothes.

We had been instructed beforehand to think of a gift that we could place at the foot of the manger, our present to the Savior.  Written and then carefully wrapped we gave the gift of our family goal to the baby Jesus.

I still remember looking down into the baby’s face as he slept peacefully for the reenactment.  I felt a real connection with what the shepherds must have felt as they looked down upon the promised Messiah, the Savior of the world.

As I remember this familiar scene, I believe there are more profound meanings and lessons to be learned about Christ’s birth and the realities of His mortal life.

His life began in Bethlehem, the city of David, ancient homeland of Israel’s greatest king.  In Hebrew, Bethlehem means “house of bread.” How symbolic that He who was to take the throne of David and become Israel’s ultimate king should come to earth in the city of His well-known ancestor.  How symbolic that He who would become known as “the Bread of Life” would be born in a tiny village called the “house of bread.”

Although we celebrate his birth on December 25; it is believed to have occurred in the spring very likely during the Passover season.  The Mosaic Law required every adult male to bring his sacrifice before the Lord or to the temple, each year for Passover.  Jerusalem and the nearby suburbs were congested with people who were not only obeying the Roman taxing decree but were obeying their religious law.

No Room in the Inn

Anciently, the inn was not anything like we would imagine today. Similar to a courtyard, the rooms bordered the outer edge. Their room would have faced toward the middle with little to no privacy.  The reality of Mary and Joseph’s situation and the fact there was no room in the Inn was more of a blessing.  The stable was not what tradition would have us believe.  Wood was a scarce commodity and limestone was the material used to build most of the structures.  The stable was a limestone cave, commonly used to keep animals.  It was a place that provided privacy and shelter for Mary and the Son of God.

Shepherds Abiding in the Field

And there were in the same country shepherds abiding in the field, keeping watch over their flock by night. (Luke 2:8)

This verse says flock in the singular.  There is, on the road from Bethlehem to Jerusalem, a tower known as Migdal Eder or “watchtower of the flock.”  It was where the flock, waiting for sacrifice at the temple, was kept.  It was from this tower, Jewish tradition believes, the announcement of the Messiah would be made.  How fitting for this declaration to be made to the shepherds keeping watch over the flock intended for the Passover sacrifices.

And, lo, the angel of the Lord came upon them, and the glory of the Lord shone round about them: and they were sore afraid.

And the angel said unto them, Fear not: for, behold, I bring you good tidings of great joy, which shall be to all people.

For unto you is born this day in the city of David a Saviour, which is Christ the Lord.

And this shall be a sign unto you; Ye shall find the babe wrapped in swaddling clothes, lying in a manger. (Luke 2:9-12)

After the multitude of heavenly hosts sang praises and returned to heaven, the shepherds decided to go and see “that which the Lord had made known unto [them].” In verse 16 it says that “they came with haste, and found Mary, and Joseph, and the babe lying in a manger.” The shepherds heard the promise and sought the Savior “with haste.”

There were two different kinds of gifts in our home when I was growing up.  My dad would think of the practical, what we would need; and my mom would think of what we would value.  Thoughtfully chosen, each gift was a symbol of the love and consideration my parents had. A gift capturing practicality, personal value and symbolic meaning would be considered the most thoughtful and appreciated gift of all.

The tradition of gift-giving originates from the three wise men and their gifts of gold, frankincense, and myrrh.  Gifts are one of the most powerful teaching symbols of Christmas. The scriptures don’t tell us why the Wise Men brought these particular gifts. It would only make sense for each to have practical value and perhaps symbolic meaning.

The Gift of Gold.

Gold would have been an invaluable gift. Mary and Joseph would soon have the expense of traveling to Egypt to avoid the wrath of Herod.

Symbolically gold is the typical gift for kings (see 1 Kings 9:14, 28) because it symbolizes kingship and royalty—a fitting gift for the “King of kings” (1 Timothy 6:15).

The Gift of Frankincense.

Aside from its considerable monetary value, frankincense was a practical gift used as a sweet-smelling incense and perfume.

Frankincense came from sweet tree resin and was used in priesthood ordinances, in burnt offerings (see Leviticus 2:1), and in oil for anointing priests. Thus, it can symbolically represent the Lord’s priesthood and His role as the Lamb of God to be sacrificed on our behalf (see John 1:29).

The Gift of Myrrh.

Myrrh is bitter oil that comes from tree resin. It was not only economically valuable but practical because of its medicinal uses.

In the New Testament, the embalming and burial process used myrrh because of its preservative qualities (see John 19:39–40). Myrrh’s medicinal uses could symbolize Christ’s role as the Master Healer, and its use in burials could signify “the bitter cup” He would drink when He suffered for our sins (see D&C 19:18–19).

These three gifts represent Christ and his three roles here on earth as King, Priesthood Leader, and Savior. These were the most valuable gifts available to the Wise men. They brought them to honor and worship the newborn Messiah.  Even more precious than these three gifts is the gift Heavenly Father gave to us.  By sending His Son, Jesus Christ, God gave us the gift of immortality and the potential for eternal life. In the spirit of giving, what could we possibly have to offer in return for such a priceless gift?

“The submission of one’s will is the only uniquely personal thing we have to place upon God’s altar. The many other things we “give” are the things he has already given or loaned to us. However, when you and I finally submit ourselves, by letting our individual will be swallowed up in God’s will, then we are giving something to him! It is the only possession which is truly ours to give!” – Neal A. Maxwell

“We cannot offer Him the gift of perfection in all things because this is a gift beyond our capacity to give – at least for now.The Lord does not expect us to move mountains.But he does require we bring our best efforts as gifts. Moving,  one foot in front of the other, walking in the ways He has prepared and taught.” – Dieter F. Uchtdorf

Giving our heart, our will, our very soul to God entirely without reservation, shows the depth of our devotion. The true measure of gratitude and love we feel for Him.  That is the greatest gift we can give as we celebrate Christmas.

We not only celebrate the birth but the beginning of our Savior’s life.  He is our great exemplar who surrendered all – including His own life – to bring God’s plan of happiness to fruition.  The unyielding determination with which Christ gave His gift is the pattern for how we must give ours.  His redeeming love is real and all powerful.

As I celebrate Christmas, I recommit myself to a spiritual journey of faith, repentance, obedience, and service. A journey of love.  May we join with the shepherds of old and say to each other, in awe and wonder, “Let us go even unto Bethlehem,” to love, serve, and follow the Lamb of God, our Savior, and King.

How are you celebrating Christmas this year? 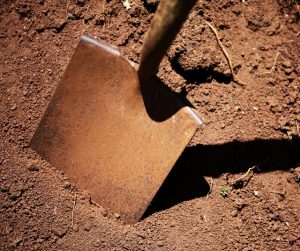